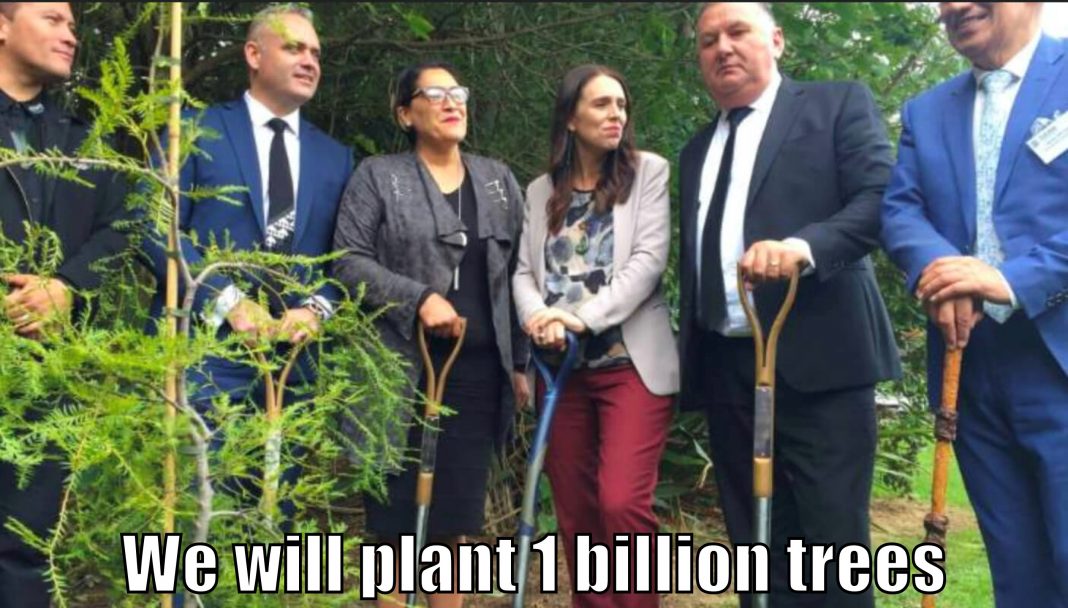 “This government is committed to a new planting programme, planting 100 million trees a year to reach a billion more trees in ten years.”

No matter how you cut it the billion trees over 10 years promise is absolute nonsense.  It’s not being delivered and won’t be.

The Prime Minister claimed in a video that her Government had planted 140 million trees.

The NZ Herald: “FALSE – As of late October, just under 150 million trees have been planted in New Zealand, but the number of trees planted as a direct result of the Government’s funding is 25 million.”